I promised, so here you go :P 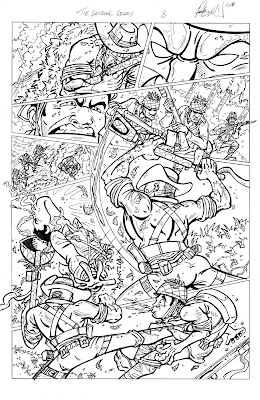 Another sneak peek at pencils for Soldier Legacy #3- featuring action aplenty!
Posted by Paul Mason at 1:35 AM No comments:

sorry for the extended delay since the last post. I just checked the date and realised that was 2 days before Sydney Supanova. I will recap that shortly for those interested, but in the meantime, Black House comics have now made issues #1 and #2 of 'The Soldier Legacy' now availabe to purchase online at Black Boox! 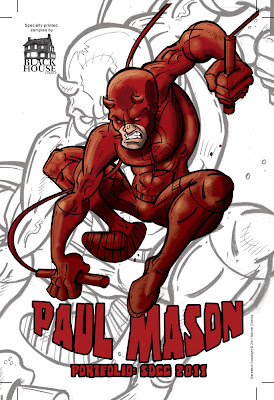 Had to literally hit the ground running when I got back from Sydney, with a couple of illustration jobs for friend Chris Sequeira, plus I had just finished the pencils for the part 1 back up feature for 'Dark Detective: Sherlock Holmes' #7, so those had to be coloured before the end of the month too. I have just finished a 30 page folio print book to take to San Diego next week to hopefully be able to put in the hands of professionals to get some much needed feedback and suggestions (though I didn't give the printers enough time to put together, so this is still speculative :P)

Paul
Posted by Paul Mason at 9:41 PM No comments: