Every now and then, when the right request drops into the inbox between comic book pages, I dip my toe back into freelance graphic design-style gigs. Too many "Clients from Hell" over the years killed my taste for this sort of work (not all were, but some expected so much in no time for little money, regardless of other commitments I may have had at the time), but in the case of Lovesac Australia, they're good people. Bottom line, if you trust them, they trust you, and they pay for your time, they're worth your consideration. Cheers, guys grin emoticon Love your products!
This job involved drawing cartoons to liven up the 'SacVac Pack' instructions: 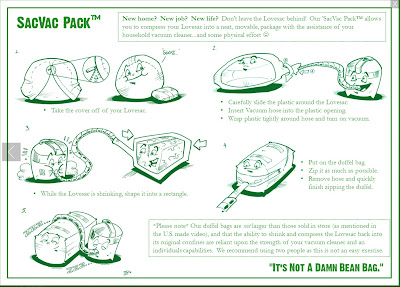 Posted by Paul Mason at 2:50 AM No comments:

Many thanks to Journalist Siobhan Heanue and her crew on the day, ABC News, and Cath Brinkley of The Australian Comic Arts Festival, along with Bruce Mutard.
Posted by Paul Mason at 5:05 PM No comments:

A busy year awaits. Cheers OCC! Looking forward to seeing everyone in Perth and Adelaide in April, and Melbourne, Sydney and Brisbane later in the year. Thank you :D
http://www.ozcomiccon.com/2016/guests/paul-mason/ 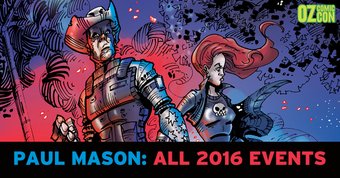 Posted by Paul Mason at 5:43 AM No comments:

A great weekend at the inaugural Australian Comic Arts Festival. A pleasure to hang out with good mates, catch up with old ones, and meet some awesome new ones. Many, many thanks to Cath Brinkley, and Wolfgang Bylsma and Bruce Mutard for the event- am so looking forward to next year.

Cheers too for the lovely ABC reporter and camera men who spearheaded this coverage. ABC iView cleared the news program already (which in all reports went nation-wide on Sunday and Monday on ABC), and the follow up article. Humbled to see 'the Soldier Legacy' book strike a cord. Also discussed were mates Mark Sexton, and Ryan Lindsay, along with quotes from my partner, and panel presenter Amanda: http://mobile.abc.net.au/news/2016-02-22/comic-artists-tackling-hard-subjects-through-their-work/7188278 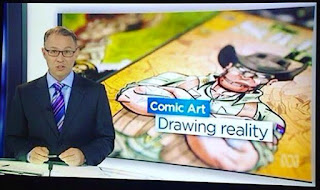 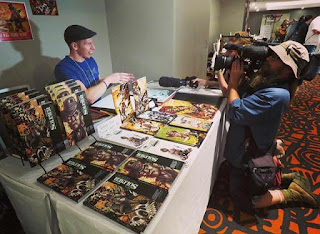 Also a big thanks to Mal at Impact Comics in Canberra Civic. A sponsor of the event, he is also stocking trade paperback volume 1 and 2. An awesome shop, I managed to score some Wil Eisner material. Very pleased :D 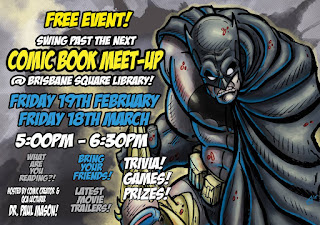 Gotta run, but also want to send a quick thank you to the meet up crew at Brisbane Square Library for holding the fort while Amanda and I were away at the event. See you next month. Cheers!
Oh, you can read Amanda's far more comprehensive account of the event here: http://backflipbacchi.com/2016/02/21/aussie-comic-book-secrets-revealed-acaf-debrief/
Posted by Paul Mason at 2:16 AM No comments: