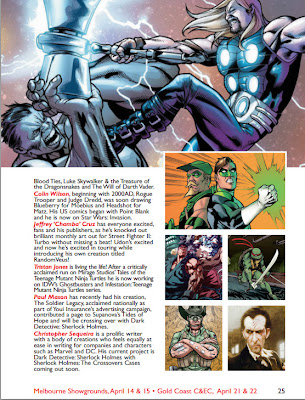 Hey! So the official Con magazine for Supanova Melbourne and Gold Coast came out today, with a mention of all the comic guests on page 24-26. 'The Soldier Legacy' features on page 25, along with Chris Sequeira and 'Dark Detective: Sherlock Holmes' :D

Really looking forward to these events. Also great to see copies of the 'Tides of Hope' will be available at the show- remember, this book is 100% non-profit, with all proceeds going to the Flood appeal from 2011. Featuring work from a mass of international and national comic guests (Greg Capullo! Chris Claremont!, Lenil Francis Yu, Alex Maleev, Tom Taylor, Colin Wilson and more! Good buddies Chris Sequeira, Tim McEwen, Jan Sherpenhuizen, Jason Franks, Paul Bedford, also feature, Phil Cornell of 'Dark Detective:SH', Kurt Stone, Dan Lynch,...aghh, Brain fail. Go get it :D)Plus, the only way to own a copy of the Soldier Legacy Flood-themed pinup :D

Now back to work for me!

http://www.supanova.com.au/news/supanova-magazine-2/
Posted by Paul Mason at 7:43 PM No comments:

Supanova hits Melbourne and the Gold Coast in April- What an awesome line up. One of my all time favourite comic writers, Brian Michael Bendis! Pachero! Jim Kelly from one of my all-time favourite films "Enter The Dragon" :D And awesome guys hitting it big in the states like Colin Wilson, Tom Taylor, Tristan Jones, Billy Tan, good mate Stewart McKenny, Jeffrey Cruz, and my personal friend and collaborator on Dr. Nikola vs Soldier: Chris Sequeira http://www.supanova.com.au/guests

This official blurb form the website. I'm very excited and very humbled by the calibre of guests at this:

"Paul Mason is a comic-book artist and writer, and creator of ‘The Soldier Legacy’, an Australian action-hero comic series now published by one of Australia’s largest independent comic book publishers, Black House Comics (and BHC will issue a trade paperback of the series this year).

In late 2011 Paul’s comic featured as part of a nationally televised commercial campaign for Youi Insurance (an event that captured the notice of comics fans internationally). The popularity of the Soldier legacy doesn’t appear to know any bounds, as Paul has also had comic-book pages feature in a Griffith University art exhibition in Gympie, and pages were also shortlisted and on display at the 5th Jilin International Animation and Comics exhibition in China 2011.

In addition, Paul illustrated the Soldier character for Supanova’s 2011 “Tides of Hope” anthology, and is currently illustrating and co-plotting a “The Soldier Legacy” cross-over story within the pages of “Dark Detective: Sherlock Holmes”, scripted and co-plotted by Christopher Sequeira.

In the story, serialized in Dark Detective throughout the first half of 2012, Victorian super-villain Doctor Nikola will come face to face with the 1887 version of the Soldier Legacy, in newsagents across the country!

Paul is also looking forward to another collaboration with Sequeira and Black House on the upcoming ‘Black House Comics Presents’, but mum’s the word on the exact details right now – you’ll have to ask him at Supanova!

Paul looks forward to seeing all his fans at The Supanova Expos in Melbourne and the Gold Coast, where he will be appearing both days of each event Between 10 am and 5 pm"

Anyway, too tired to think, have another page to fiddle with before 4am :)
Posted by Paul Mason at 10:13 AM No comments:

Email ThisBlogThis!Share to TwitterShare to FacebookShare to Pinterest
Labels: supanova 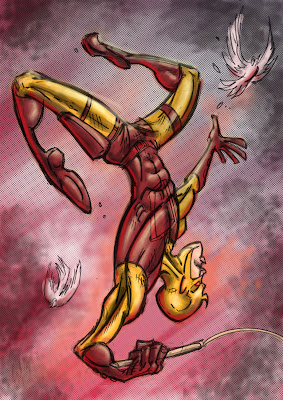 Hammered out over an hour to warm up for coluring/penciling that week of the OZComic Facebook challenge featuring Daredevil. Despite the workload, how could I not scribble out a Jack Kirby costumed DD?
Posted by Paul Mason at 10:01 AM No comments:

Amongst the frantic madness of getting the TPB done, and the latest issue by next week, I also have to draw, colour, and most likely letter part 2 of the 3 part back up feature in the next "Dark Detective: Sherlock Holmes" issue 8. Sweating bullets at present, I hope the work stands up, my major focus is just getting in in on time. So here's a snippet of the first page unlettered (leaked...shh....don't tell), which recaps where we left off, and straight into the action of the upcoming story. 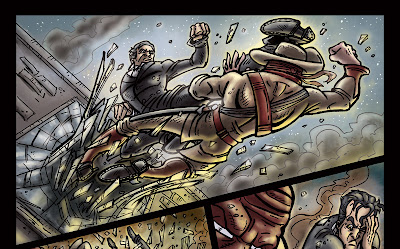 This is a pencil to colour comparison for top panel page 4. Still need work in my opinion- as does the overall page, anyway. Deadline driven colouring is a bit of a bitch for me, who naturally has difficulty trusting my own coloruing methodology! :P

Here's another from page 1: 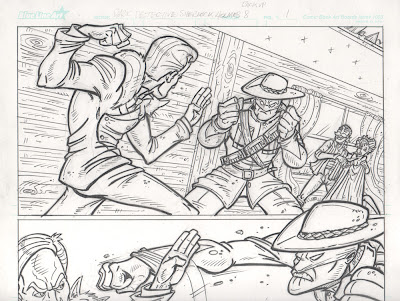 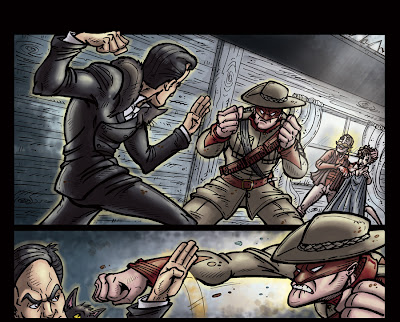 Posted by Paul Mason at 9:49 AM No comments: 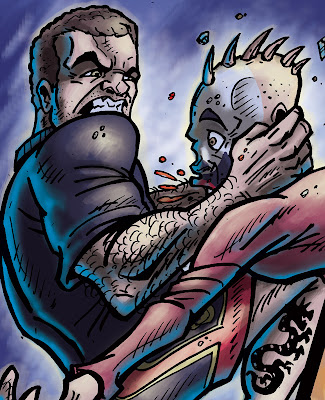 Who's this random Muay Thai guy in this Work in progress panel? ;)

First glimpse of Soldier's Grandson in Soldier Legacy #4
Posted by Paul Mason at 9:46 AM No comments: 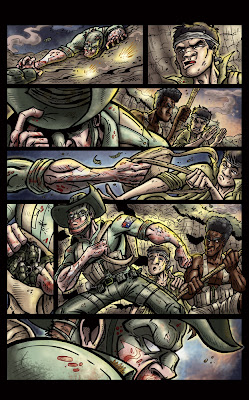 Random page, too busy to comment ;P
Posted by Paul Mason at 9:44 AM No comments: 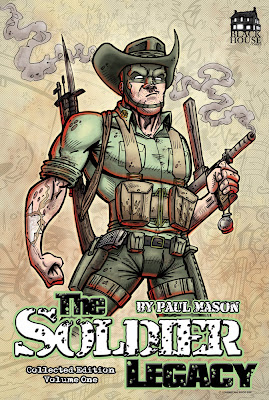 Still in the trenches, but battling on. 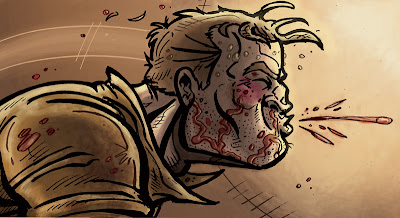 Just a quick update, battling on with multiple deadlines.
About a 1/3 of the way through colouring for #4, hoping to be halfway by mid next week. (The image below is about 2 days old, have another 2 pages to add to that :D). The interior pages for the Soldier Legacy TPB vol 1 were officially sent off to the Publishers this week also, with only the final touches and assembly needed for the cover. 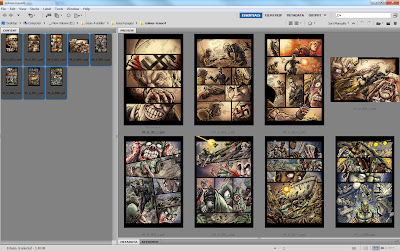 Also, I was able to tick off a bucket list item by being an official 'Supa Star Guest' at the upcoming Supanova Pop Culture expos in Melbourne and Gold Coast in April. Being on the card with such cool guests, I feel almost silly and like I shouldn't be. I'm very honoured. Plus, I'll be sharing the table with fellow BHC stablemate/collaborator/Good friend Chris Sequeira, who's also a guest. http://www.supanova.com.au/guests/ 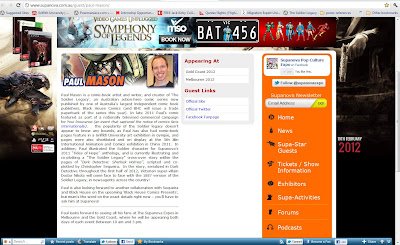 Anyways, deadlines are calling, I have to go. More updates closer to the launch of the books ;) 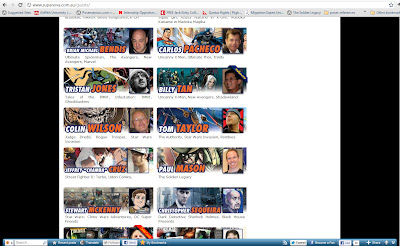 Posted by Paul Mason at 6:33 PM No comments: