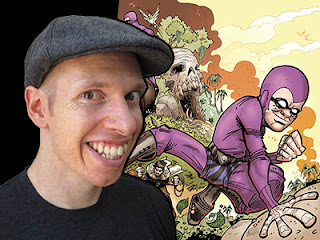 More Coverage of Kid Phantom from the Chronicles Chamber, this time,
Pre-Perth: http://www.chroniclechamber.com/single-post/2017/03/20/Kid-Phantom-to-appear-at-Oz-Comic-Con

Thanks for the kind words and support, gents. 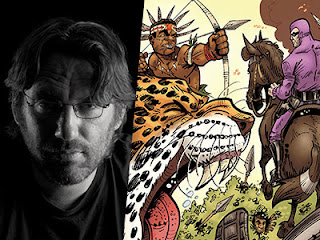 Also wrote this on the Soldier Legacy Facebook page:

"The one very heartening element of Perth Oz Comic-Con last weekend, was the surprising number of readers who were out seeking the next, long-overdue The Soldier Legacy Comic Book issue. Long story short: further Paid-priorty work pending, I will aim to have an issue drop this year.
For a title I grew to have a love/hate relationship with, and a local market with more drive for US character prints, than original books, it was encouraging to know you readers across the other side, are still ever patient and waiting. It took a needed back seat to the Gestalt Comics graphic novel (has been a blast and learning experience with editor Wolfgang Bylsma, and writer/creator Christian Read, with my work almost complete there, with my belief of release news coming in 2017), some short story commissioned work for other great local books, and now with the ongoing and important work on the 'Kid Phantom' series for Frew Publications, the labour of learning that is 'The Soldier Legacy' will march forward in due time (half the next issue is inked, just needs time).
(Working on KP in the world of 'The Phantom' has been fantastic; the team at Frew, the editor Glenn Ford, and with killer scripts by Andrew Constant, has been a pleasure and honour. We plans to be here for a long time, so I hope to have more news soon on the first issue release, and I do hope you're willing to support the book, give it a read, and pass it on to your kids).
Thank you again, Perth- I'm now completely sold out of the re-released volume 1 trade paperback, and circling the drain on Vol 2, which I'll bring a few with me to Adelaide this week, including a some cool Kid Phantom stuff that your process junkies should dig.
And when all said and done, perhaps one day in my wildest dreams, if licensing and IP aligned, wouldn't it be a treat that a 'Soldier' met a 'Ghost who walks'...?"

Flat out as usual. Signed on contract lecturing (Art Direction) at Uni this year, keeping me frantically busy, plus Phantom, XCT commitment etc. etc. Was very thankful to have two good friends guest lecture in my classes this week; Storyboard Artist Mark Sexton skyped in for Animation Preproduction, and James Brouwer (Art Director and concept artist) shared his work on his series 'The Deep', which started as a Gestalt comics graphic novel with writer Tom Taylor, to the Art Direction students. Thank you gents. :)

http://www.ozcomiccon.com/guests/paul-mason-2/
Briefly, OZ Comic-Con next week in Perth, then Adelaide; doing 'Kid Phantom' panels in both cities with collaborator Andrew Constant.
Saturday 11am in Perth, and Sunday 11am in Adelaide. Will have some Phantom stuff at the shows.

and a podcast mention in episode 56 of X-Band: The Phantom Podcast : http://www.chroniclechamber.com/single-post/2017/02/13/Episode-56-Comics-Reviews-News-and-World-Premier Somewhere in the ball park of 1hr 21mins.

Thank you gents! I Can't wait for this stuff to leak, I'm buried in Andrew's scripts for part 2 of Issue 2, and issue 3 now. Excited!

Gotta goooooooo.
Posted by Paul Mason at 2:22 AM No comments: