Update on "The Soldier Legacy" series.reads: I'm doing it :) 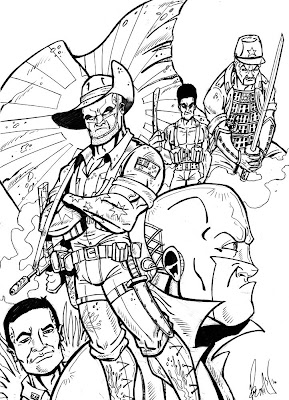 Work on issue 2 is slowly commencing as part of my Doctorate. I have written a draft script breakdown, which at this stage will be a part 1 story of a 3-4 issue story arc.
More info to come.
I was motivated by the positive response the comic received at its Brisbane Supanova release, (with several fans coming by the next day saying "Hey, I finished it. When's the next one?"), so I'm here to assure you "yes" the next one is about to commence with new supporting characters and more action featuring "The Soldier" in New Guinea 1943 and the "Young Soldier" (I should really come up with a name) in the dark surburbs 2010 , thanks for the support. I was also really touched that actual soldiers got a kick out of the idea, and picked up copies. One guy picked up one for his brother serving overseas, so to them I thank them and hope they enjoy the story.
I have also refined the original Issue 1 script to adapt it to a short animated film. Several drafts have been written and storyboarding based on issue 1 will commence soon. More info to come as I get the work done :). The script will be slightly different to how "The Soldier's" origin story plays out in the book, and so far, a little less "wordy". Unfortunatley when you are dealing with dialogue in a film, you are now dealing with the elemnt of time. A person can read a page of a comic book all day, there may be one piece of action going on in that panel, but it could be accompanied with a paragraph of inner monologue to "slow down" what is occuring in the 'physical' story to focus on perhaps the character's motivations, fears etc. In film, that action could take a second; the dialogue really has to move on. I'll work it out, and hopefully get some feedback on it too.
Gotta run :)
Posted by Paul Mason at 5:11 PM No comments: 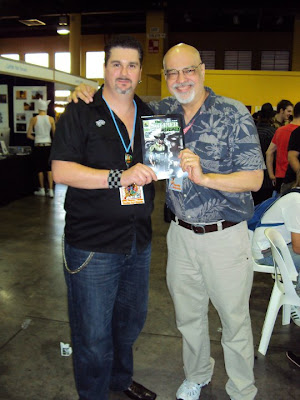 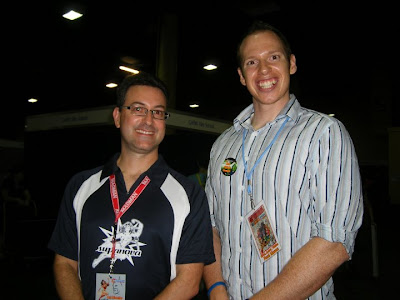 Tim McEwen and Me. 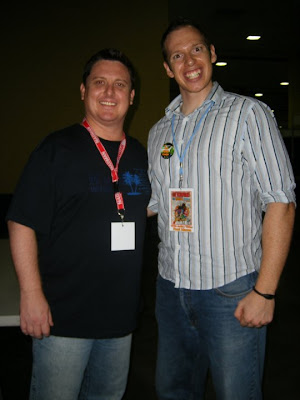 Stewart McKenny and Me. 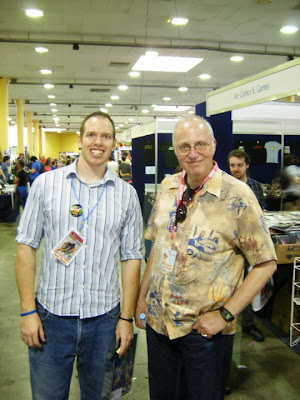 Me and Marvel/DC writer Marv Wolfman. 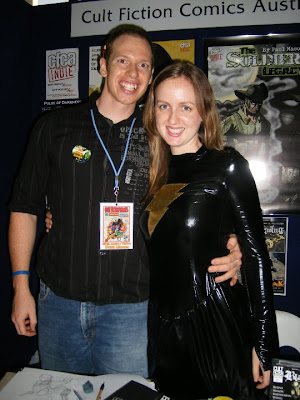 Me and my "Mary Marvel" partner Libby :D 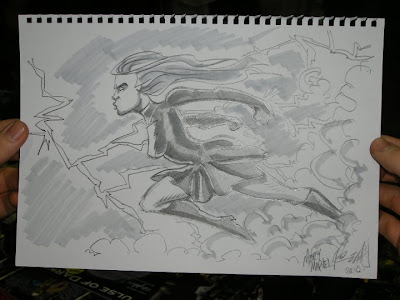 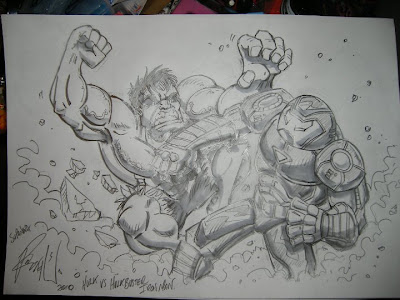 Hulk vs. Hulkbuster Iron Man sketch for a fan 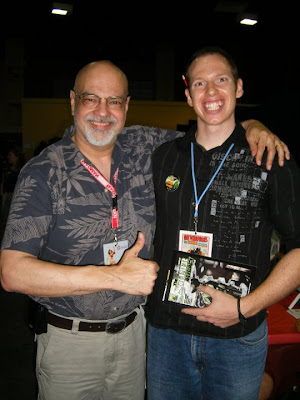 George Perez and Me. 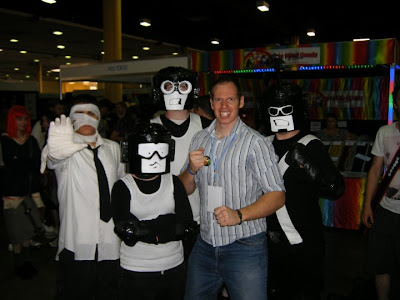 Me and some really cool fans. 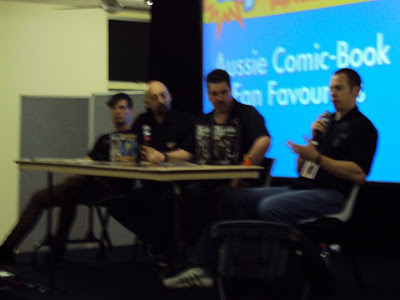 I am sending the crowd to sleep during a talk on Aussie comics :P Featuring Paul Abstruse, Kevin Scarfe and Chris Sequeira. 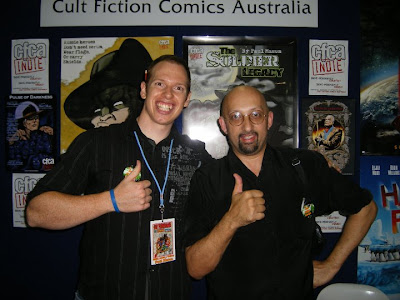 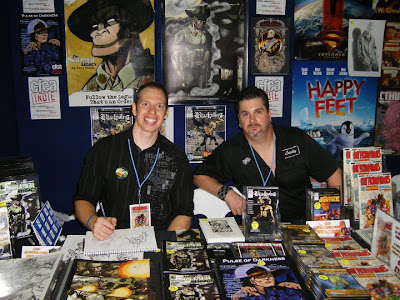 Me and Kevin Scarfe at the Cult Fiction Comics table :)
Thanks again for all the people who came to the "Cult Fiction Comics Australia" table and picked up a copy of "The Soldier Legacy" issue 1 (or even a comission sketch :D). You certainly kept me extremely busy, and I had a fantastic weekend meeting new people, speaking about the book, getting feedback from both the punters and the pros and generally soaking in the atmosphere.
I've thrown up a few pics from the day here, otherwise you can shoot over to my "fan page" on facebook ( search "Paul Mason Comics and Artwork"-thanks to my supportive and wonderful girlfriend for doing this without my knowledge :D) and see some more pictures there. I got a big kick out of catching up with Dave, Chris, Blake, Zac and the whole crew from last year, I think pretty much all of you got a sketch done of your favourite characters, and it was really refreshing doing cool battle scenes like "Hulk vs Hulkbuster Ironman" or "Deadpool and Spider-man vs the Scarlet Spiders" etc.
I was also very pleased I got to spend some time, chatting to W.Chew Chan (great bloke) and spend some time speaking to the greater writer Chris Sequeira (another great bloke), who was also at our table promoting his upcoming "Pulse of Darkness" release, also I got to spend a few mintues getting tips on Artwork from George Perez and a great deal of time from Stewart McKenny (whose Captain America print sits framed above my work area- thank you sir). I also was bold enough to hand a copy of the Soldeir book to Paul Jenkins, Marv Wolfman, Geroge Perez and Stewert McKenny (who came over later and asked me to sign it....extremley flattered), and another Aussie great Tim McEwen popped over to pick up a copy, for which I am very thankful. Paul Abstruse who was there plugging his book was great to catch up with again too.
All in all, it was a fantastic weekend, I almost sold out of my first issues and I was drawing sketches right up to 25 minutes after the event's colse *phew. I want to thank CFCA boss Kevin Scarfe and my partner Libby for a all their help and support too :D If I've forgotten anyone, my apologies, it's not intentional, I'd remember when I see you, I know some of my friends from my animation course came by to support the book, Barry, Leon, Dmitriy and others, thank you, and Kate, Alyx, Siobhan, thanks again.
New update shortly.
Thanks for your patience.
Paul
Posted by Paul Mason at 4:22 PM No comments: