Something a little different: Australian ITF Taekwon-do team in England

A couple of recent pics from team training here in England. Cheers for the support, Soldiers! 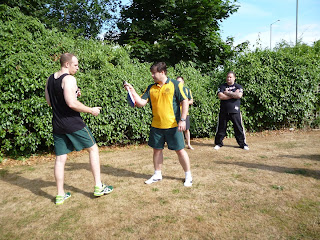 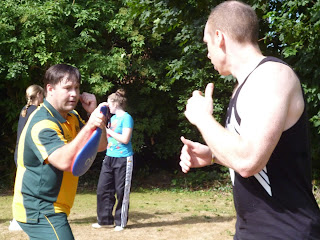 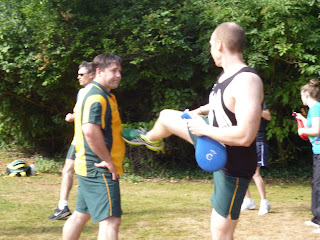 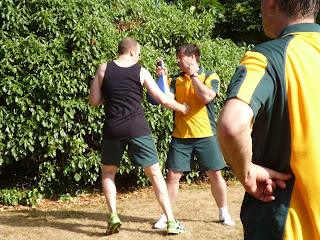 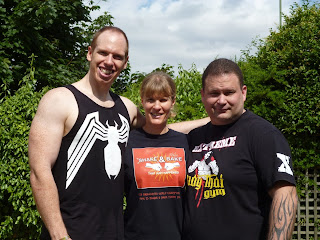 Couple of quick updates between training sessions in England (over here prepping for next week's Unified ITF World Taekwon-do Championships.)

This also includes the panel I am stoked to be a part of, on the 8th of September (Sunday) at 1pm, talking creator-owned comics with Eddie Campbell, Zac Cameron-Smith and Dylan Horrocks. Many thanks to the Festival for the invitation! 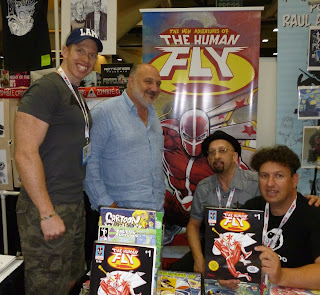 Some pics from this month's San Diego Comic-Con, including writer buddy and frequent collaborator Chris Sequeira (pictured in the hat), meeting the Human Fly editor Michael Aushenker (far right), Human Fly movie producer Alan Brewer, and getting to see my story (written by script writer Tony Babinski) in print! If #2 is a lock, Chris and my story will also anchor that book. Read more about the Human Fly here, via previous blog posts: http://pm-comic.blogspot.co.uk/search/label/The%20New%20Adventures%20of%20The%20Human%20Fly
We also got some really cool news, which to us proves that you CAN get comic opportunities at SDCC. Can't really say much more, but  successful pitch, and work to do soon :D 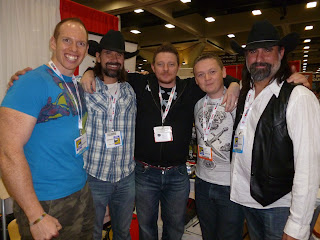 The Gestalt Comics gents Wolf (Publisher/EIC) and Skye (Art Director, in the middle), along with the awesome Fillbach bros. (Star Wars: Clone Wars). 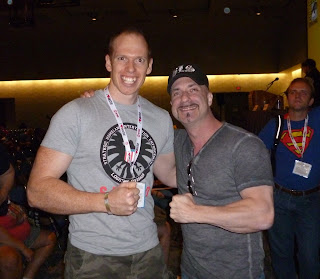 The fantastic dude Greg Capullo (Batman)- Awesome to catch up with an enthusiastic and nice guy, and meet his lovely wife; Cheers, "Big Greg". 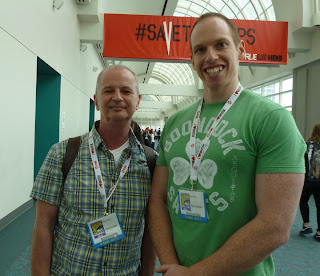 Got to meet a gentleman whose work I have loved and admired for years- Mr Klaus Janson (best inker in the business and fantastic penciller (Daredevil: End of Days), and author of DC's Comic book guides to Penciling, and Inking volumes). Stoked to meet him, and talk a little academic stuff too. 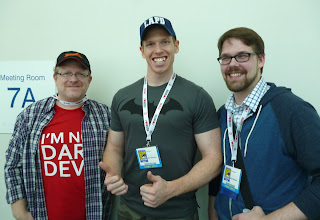 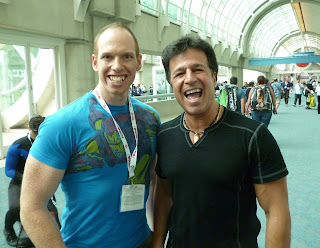 Along with Jack Kirby and Greg Capullo, John Romita Jr. is one of my biggest heroes in comic books, due to his skill in storytelling and work ethic. Was lucky to get the opportunity for another quick picture with the guy after his last panel for SDCC 2013. Cool dude.
-----------------------------

Also this week, Nerdculture podcast released my interview they kindly did of me, plugging "The New Adventures of the Human Fly" gig, fighting in England for Australia, and 'Soldier Legacy' talk. Thanks again, David! (somewhere close to the 1 hourish mark.)


That's all for now, I gotta go to sleep! Big day of training has left me wiped...

Cheers Soldiers.
Posted by Paul Mason at 3:45 PM No comments:

Some more 'Human Fly' stuff has hit the net, and I'm over the moon to have been mentioned for my contribution with writer Tony Babinski, in an article over at 'The Comics Beat', along with all the contributors:

As I type this, I find myself sitting on the Amtrak train to San Diego with good writer buddy Christopher Sequeira (Dark Detective: Sherlock Holmes, Soldier legacy's Strange Tales collaborator), with SDCC preview night a mere 7 hours away. This crazy month of Comics and kicking is about to get into full swing. Thanks again to the Diggers out there who recently made some purchases from http://www.paulmason.bigcartel.com/, as you were a big help in covering a few niggling costs for the trip. My hectic schedule meant I wasn't able to post all the stuff out before I jumped on the plane Tuesday morning, but as a thank you for your patience and support, you'll get one of these for FREE:


Cheers for the support, all. The battle continues!
Posted by Paul Mason at 10:13 AM No comments:

Next Week in San Diego Comic-Con: International....The Human Fly returns!
Some more images have been leaked online, and I'm very pleased to be going over to see this release. 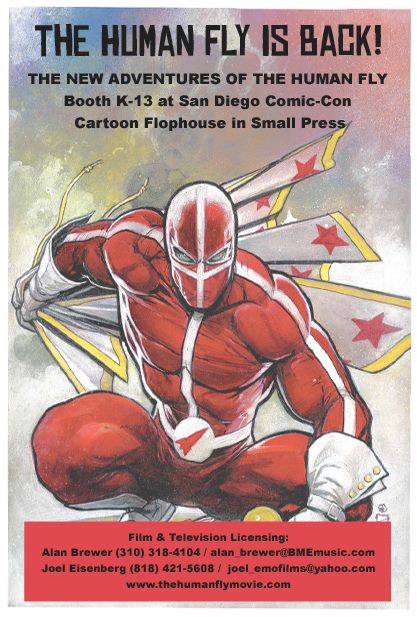 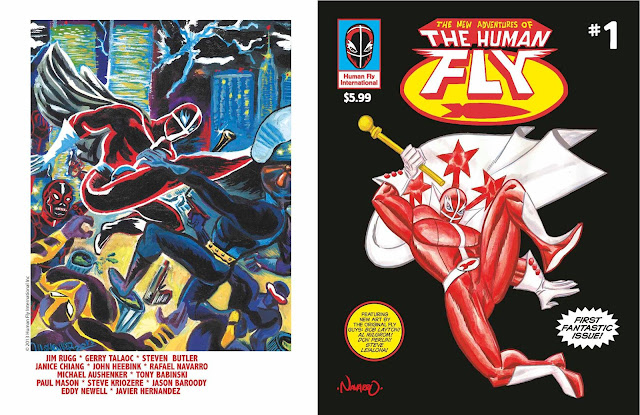 Oh, gotta run, but some stuff from last weekend's OCC: 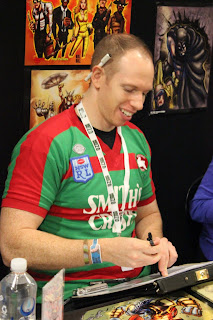 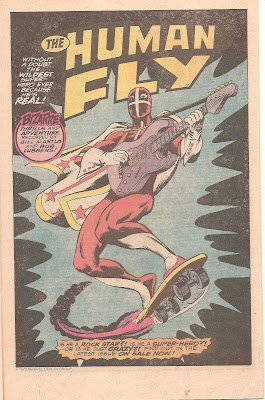 Melbourne! You know where to find me this weekend, right? 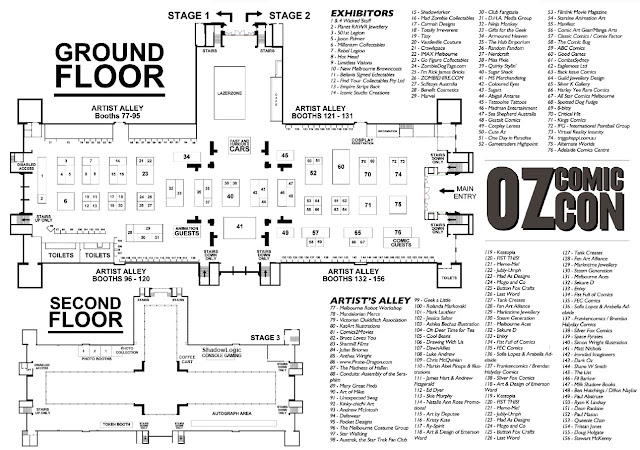 Too easy: Walk in the Main Entry, and turn left to see all the Australian and international comic book guests. Click the map for a bigger view.

All the latest Soldier Books, plus 4 new prints, including the Ron Perlman 'Hellboy', and this: 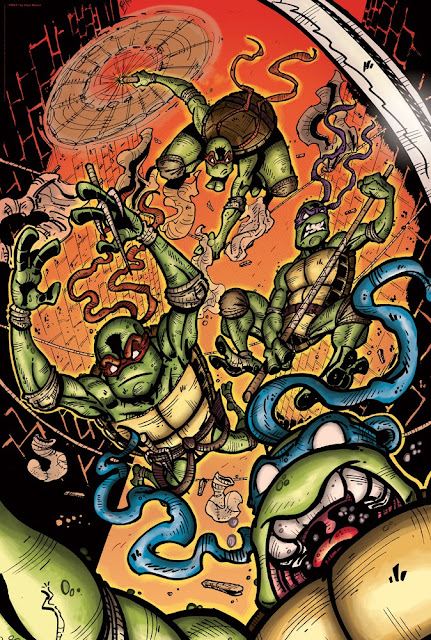 I'd say the amount of comic guys drawing turtles lately, you're bound to build up a collection of them quite quick :P

Anyways, gotta run. Hope to see you on the weekend, and don't forget the Panels on at 12 noon on Saturday and Sunday.

Posted by Paul Mason at 4:33 AM No comments: