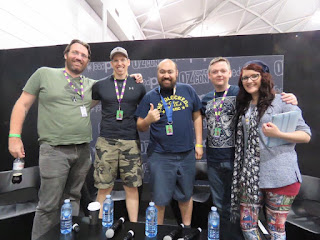 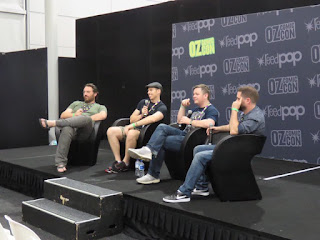 Posted by Paul Mason at 7:30 PM No comments:

I'm hopeless at this blog thing. Flat out with September Oz Comic-Con events in Sydney and Brisbane, picked up a new, ongoing series which I can't say much about at this point, but it's a dream gig, and it's keeping me up around the clock to get the first deadline. More soon.

In the meantime, three posts from the last week, adding to the busy-ness, and some news regarding a graphic novel I've almost completed (with Christian Read and Gestalt Comics) to be announced and released, coming soon. WIll be nice to see the last two years of drawing actually see the light of day.
One is a video from recent Sydney Oz Comic-con.

Looking forward to speaking at ACMI in Melbourne next month (bottom story), and perhaps a day of rest :P

Posted by Paul Mason at 7:24 PM No comments: