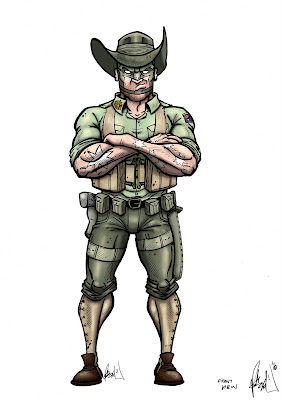 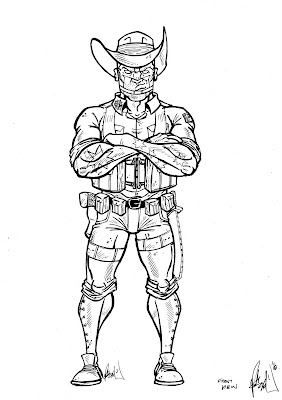 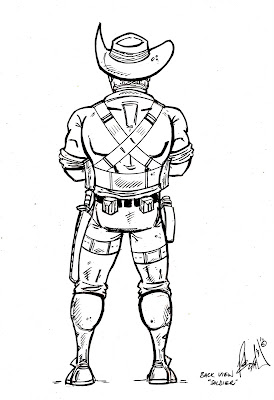 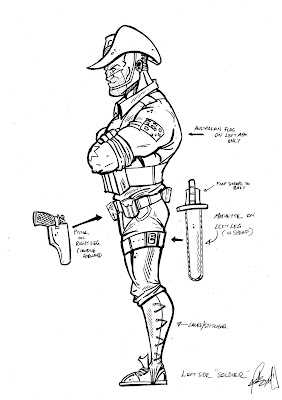 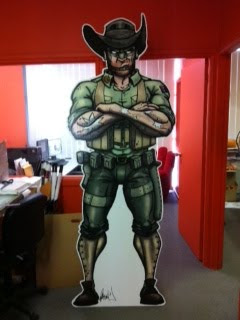 Anyway, back to work. This month the third issue of Soldier is due to be printed in time for the next two cons. I'll be in Melbourne for Armageddon on the weekend of the 23rd of October, followed by a larger Black House Comics presence at the Supanova Expo in Brisbane November. At these shows, I will definitely have Soldier 1,2 and the new issue 3, the San Diego portfolio issue and Dark Detective: Sherlock Holmes #7 featuring part 1 of the three part back up story I worked with Chris Sequeira on. Looking forward to a big tail end of the year. Plenty of work to do, I have much to to before this book is ready for print, plus a few things to produce to capitalize on the good feedback and contacts I made on my US trip. Comics wise, I'm feeling good at the moment, but I have to keep the momentum up and not drop the ball. It's all a massive learning curve and I pray I can pull it off.
I also need to update this blog more :P Thesis work needs to start creeping in here, I'll get there eventually.
Thank you all, will be back shortly, I promise :)
Posted by Paul Mason at 7:09 AM

Hey Paul, Thanks for checking out my blog and for a chance to talk a little back in April. The comic is looking better and better. Keep up the great work. I'm already missing Australia. Take care.

Thanks Adam! It was a pleasure. Appreciate the support, and I hope you liked the stories.