Falk/McCoy's "The Childhood of The Phantom" 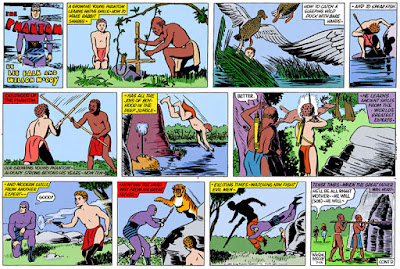 For those 'Kid Phantom Phans' curious, there are 2 x Lee Falk era comic strip stories that chronicle 'The Childhood of the Phantom', for which Kid Phantom is "respectfully" based (along with the Avon novel "The Story of The Phantom", which Falk declares the definitive origin of the 21st Phantom), and of course, our own updating and expanding of the stories (written by Andrew Constant). Much of this you began to see in 2, and will see more of in issue 3, which is one story told between the journey from Bangalla to the US) 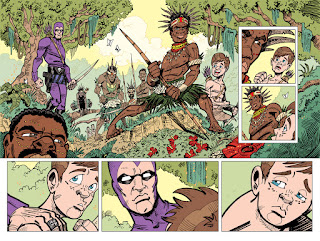 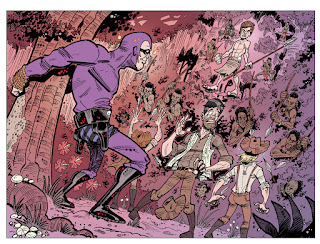 For the completists, Frew Publications have for sale the annuals that contain both Sunday strips. The first (1944 - 1945)can be found in #1063, and the second (which follows the events of the novel a little closer) in issue #1280 (from the 1959 story). There have been a few reprints over the years, some feature Young Kit in full costume, not actually depicted in the stories at all, past the 6 year old running in the fields.

Both stories have various interesting differences in events, characterisations, even Kit's haircut :P No Spoiler, suss out and see for yourself, and read Kid Phantom #1 and 2 to see where we've paid our respects, and updated for an all-ages audience. 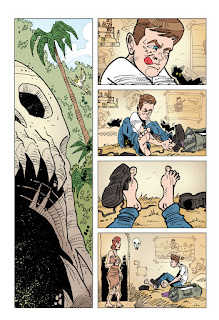 I was lucky enough to pick up the Hermes Press US hardcover colour version of the 1944 story, will hopefully find a 1959 colour version one day.
Check out www.phantomcomic.com.au for all the available Frew Phantom latest stuff and back issues! 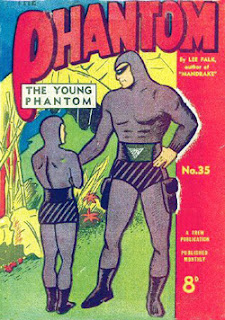 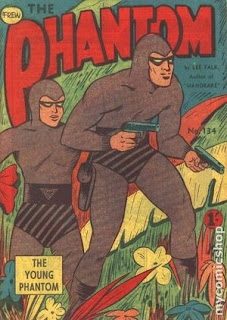 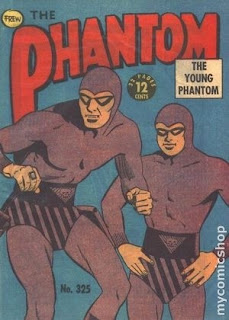 Purchase the 1944 version from Frew: https://www.phantomcomic.com.au/collections/new/products/issue-1063-annual-1994 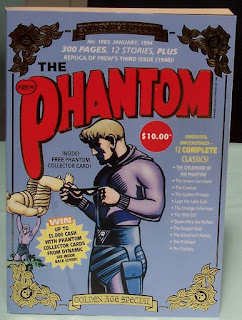 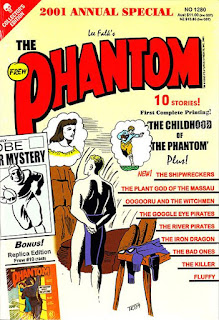 All the Frew publications of the 1944 version: http://www.ipcomics.net/classics-index/strips.php?list=S011
Posted by Paul Mason at 11:37 PM